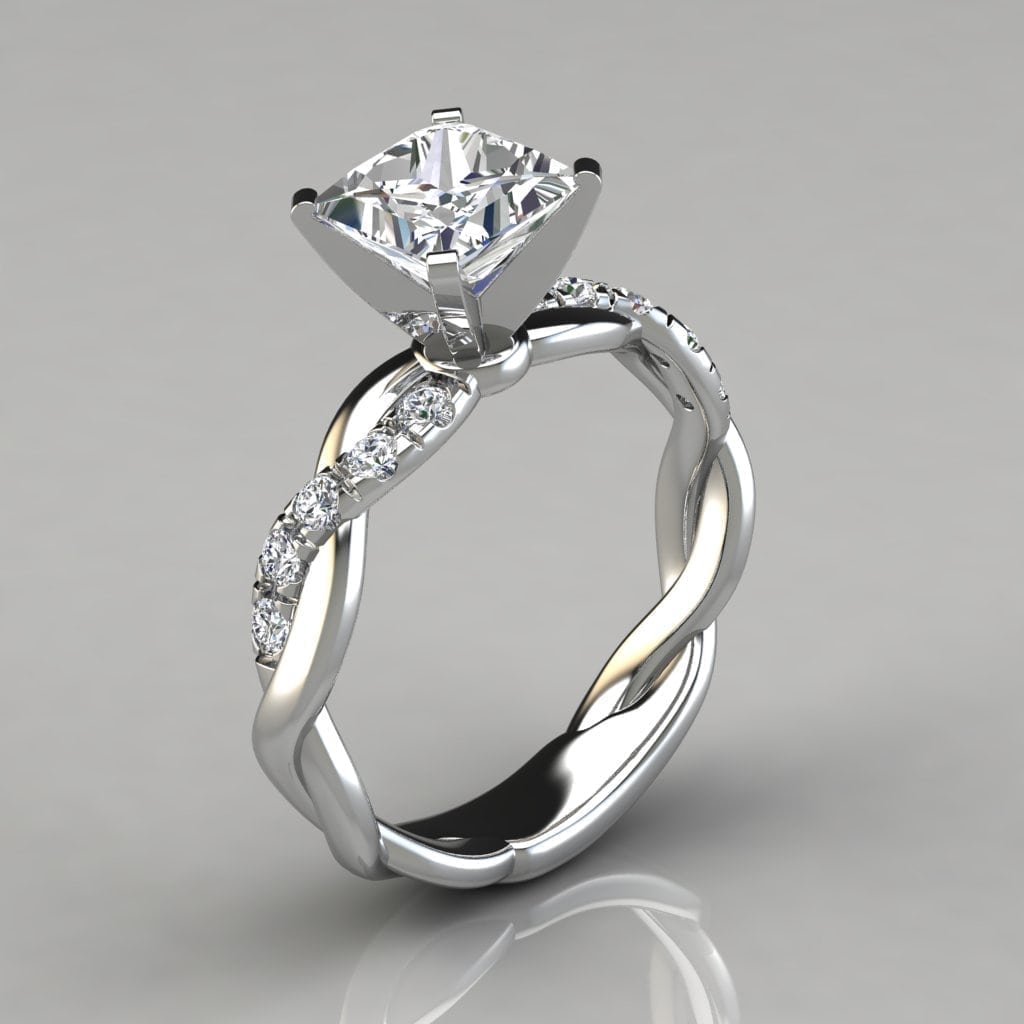 That engagement ring is a must-have now that you’ve discovered your soulmate. You have decided to go ethically, and Moissanite gem is your decision for the engagement ring. When it comes to Moissanite, there are a lot of different forms to choose from.

Researchers spent years studying the angles of light refraction via Moissanite to determine the forms of Moissanite rings. The Moissanite must be well-shaped to produce a vibrant stone that sparkles.

Here are some of the common Moissanite gem shapes for an engagement ring:

Asscher-cut diamonds are admired for their 65 facets of brightness. Like an emerald cut, The this cut type has a square form with rounded edges. After removing varying amounts of facets, an Asscher-cut Moissanite can have an octagonal appearance. This unusual Moissanite with an Asscher cut is a stunning example of the technological breakthroughs in lab-grown gemstones over the last decade.

Cushion cut Moissanite is also known as pillow cut Moissanite. This cushion cut gem has 82 facets and appears like a square or rectangular cut with rounded edges. With this cut, you may have the best of both worlds: a square and round cut. There are also more considerable facets on cushion Moissanites.

In the 1920s, emerald-cut diamonds were in high demand. It’s a rectangular stone with lengthy step-cut lines, having 46 facets. Because of its purity and color stand out from other Moissanite cuts despite its lack of sparkle.

With its rounded bottom and pointy top, the pear shape is the perfect blend of a marquise and an oval. The brilliance of this cut, which has 72 facets, resides in its entrancing form and flexibility. This moissanite stone is perfect for a modern or antique setting. Gemstones with a pear shape should have a ratio of around 1.45-1.75 in terms of length to breadth.

This shape of Moissanite gems has combined the conventional brilliant cut with a step-cut to make the princess cut. The light shines through its 58 facets, creating unrivaled fire and brightness. Another trend that has re-emerged is the use of Princess Moissanites as wedding bands. It is usual to find princess-cut Moisesnites in ring settings with corner-protecting prongs or channel settings with protective prongs covering the corners.

These Moissanite rings are commonly referred to as “brilliant cut Moissanites” because of their round shape. Around 80% of Moissanites sold now are round-cut. While looking at it attentively, you can notice eight lovely symmetrical hearts and arrows, which adds to the fire and shine.

A moissanite ring in any form or style is always a good choice for any occasion.

Moissanite rings come in various forms, and they’re inexpensive and resistant to ripping or chipping. Aside from exceptional brightness, the forms are also quite sparkling.

Carey Clive, Editor in Chief and writer here on WeddingPinners. I don't like walking on the beach, but I love playing the guitar and geeking out about music. I am also a movie maniac and 6 hours sleeper. I love to write about Wedding Planning